Please login or register to see price.
(It only takes a minute!)
Best price is guaranteed!

What is Don Quai?

Although dong quai grows wild in Asia, it’s also widely cultivated for medicinal purposes in China (the Angelica sinensis variety) and in Japan (A. acutiloba), where many women take it daily to maintain overall good health.The most widely available therapeutic form is derived from the root of A. sinensis, a plant with hollow stems that grows up to eight feet tall and has clusters of white flowers.When it’s in bloom, angelica resembles Queen Anne’s lace, its botanical relative.Other names for dong quai include dang gui, tang kuie, and Chinese angelica.

Although it is not considered a phytoestrogen, dong quai works as a tonic for the female reproductive organs and may be helpful for PMS and menopause. This might be due largely to aromatic compounds in dong quai root that relieve smooth muscle spasms, especially in the uterus.

Considered the primary herb for women, dong quai has many other beneficial effects on the body, which makes it useful for everyone. It is an immune system enhancer because it stimulates B and T lymphocyte activity and dong quai’s blood vessel dilating ability can lower blood pressure. The coumarins in dong quai act as vasodilators and antispasmodics.

Hi,
Just thought I'd say thanks for the fast delivery - got it in less than 2 days - and the great service. I'm very pleased with the product and its price. You can be sure I'll recommend your site without a doubt!

More testimonials »
Best Sellers
Product categories
CUSTOMER SUPPORT
We're happy to answer any questions you may have about GreatHealth.ca Contact us » 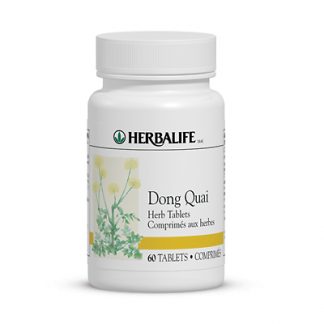 You're viewing: Herbalife Dong Quai Plus Please login or register to see price.
(It only takes a minute!)
Best price is guaranteed!
Add to cart